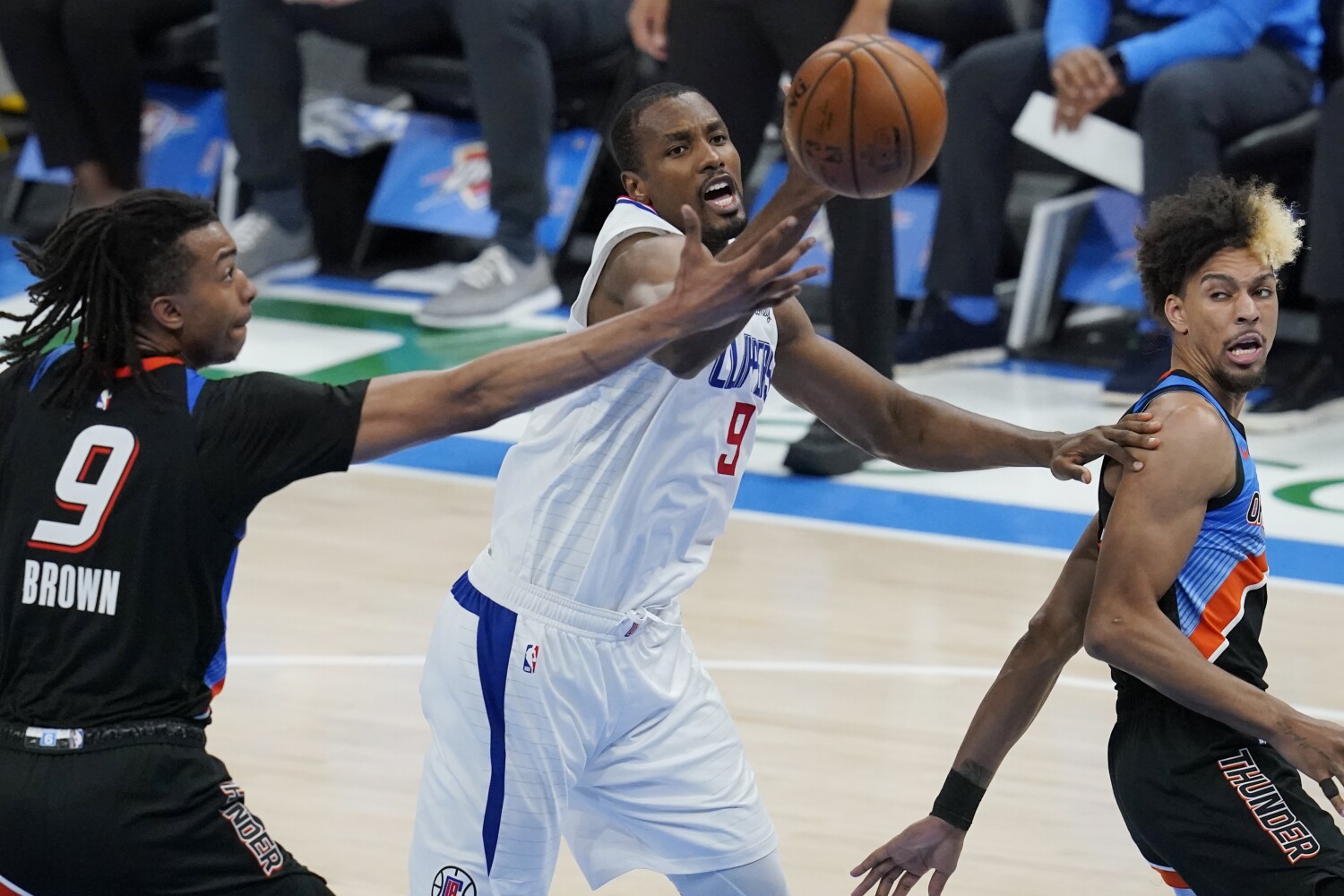 Serge Ibaka is returning to the Clippers after the veteran center informed the team Saturday that he will exercise his player option for next season, according to two people familiar with the situation not authorized to speak publicly on the matter.

The player option is worth $9.7 million. Picking it up keeps Ibaka from becoming an unrestricted free agent, but after injuries limited him to playing only 41 games, it was not expected that he could attract a more lucrative offer from another team.

The Clippers also extended a qualifying offer to 6-foot-7 wing Amir Coffey, whose two-way contract had expired. The third-year player is now a restricted free agent and the team has the right to match any offer to keep him.

Ibaka, 32, averaged 11.1 points with the Clippers, his lowest average in nine seasons, and 6.7 rebounds, only the fifth season in his career he’s averaged fewer than seven. But his 58% shooting inside the three-point arc exceeded his 54.9% career average and his presence allowed the Clippers to space the floor in a way the team’s other traditional centers — Ivica Zubac and DeMarcus Cousins — could not.

However, several Clippers believed the team’s defensive improvement began once Zubac was forced to join the starting lineup in March following Ibaka’s injury, which he called an aggravation of a pinched nerve he had played through since last season’s start.

“It’s been a very rough year for me since the beginning of the season but I want to play through the pain but at some point I could not continue to play like that,” he said May 14.

Ibaka would play just three more games before the team announced during the postseason that he had undergone back surgery. He missed the Clippers’ final 17 playoff games.

Denial of responsibility! NewsAzi is an automatic aggregator around the global media. All the content are available free on Internet. We have just arranged it in one platform for educational purpose only. In each content, the hyperlink to the primary source is specified. All trademarks belong to their rightful owners, all materials to their authors. If you are the owner of the content and do not want us to publish your materials on our website, please contact us by email – [email protected]. The content will be deleted within 24 hours.
Loading...
AziNewsBest NewsClipperscontractexercisesIbakaLatest UpdateLive News
Share