Why the Hybrid Workplace Is a Cybersecurity Nightmare

For many bosses and employees, there is a measure of relief in returning to the office—especially for those who have the flexibility of continuing to work from home part of the time. But for those teams working to protect their offices from hackers, the new hybrid workplaces aren’t nearly as welcome.

In a typical hybrid workplace, some employees will be in the office, some will be working from home—or spaces like coffee shops and client headquarters—and some will be cycling back and forth. Devices, too, are moving in and out of the company network, with employees bringing their laptops onto company networks and then taking them back home—where they’re much more exposed to hackers and can easily get infected with malware.

So, security chiefs are faced with the task of supporting a constantly changing mix of office workers and remote workers, and company and home devices. Whereas security teams were able to focus on protecting the remote workforce during stay-at-home orders, doing so when employees are in the office for certain days of the week and at home for others will be difficult, says

“It’s hard to maintain a security staff that looks one way in the data center or one way in an office, and then one way for remote employees,” he says.

Making things even worse: Security teams have been stretched thin by the demands of the pandemic. For the past year, they’ve had to make sure everyone is equipped to work from everywhere and can use critical tools such as virtual meeting rooms. Things will only get tighter now that businesses are hiring more workers and launching into new projects they had put on hold during the pandemic.

The issues associated with hybrid work follow a bruising year for companies that were caught flat-footed by the coronavirus pandemic, many of which had to move to a fully remote model for the first time—and often almost overnight. Hackers were quick to realize that insecure home networks and a lack of security controls typically found on corporate networks could work to their benefit. The World Economic Forum estimates that cyberattacks jumped 238% globally between February and April 2020.

…letting others use their work devices

…downloading software (to do their jobs) not approved by IT 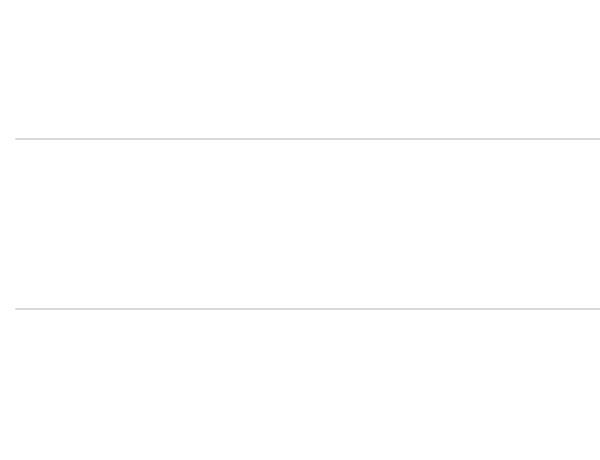 …letting others use their work devices

…downloading software (to do their jobs) not approved by IT

Those attacks have continued to hammer corporate networks, and in many cases target the technologies that companies implemented to quickly provide for remote work, such as cloud services. A report from

published in May 2021, found that attacks against cloud-based email, remote desktop applications and similar technologies designed to assist with remote work all increased over 2020.

“I think many organizations probably rushed [the move to remote work] and maybe haven’t done it in the right way,” says

a vice president at

Google and the chief information security officer of its cloud unit.

Now, the task gets even harder, as some workers return to the office, some stay home and some do both. Here’s a look at some of the challenges businesses are facing as they make this transition—and how they’re dealing with them.

Catching up on patches

One of the most basic problems security teams face is getting their machines up to speed with the latest software patches. These updates are released constantly to ensure that security vulnerabilities aren’t left open for hackers to exploit. If companies miss just one of these, they can pay a high price in terms of their vulnerability.

Now security chiefs are wary of the number of devices that may have sat idle in offices for over a year—turned off and unable to download patches—while employees have been absent, says

chief information security officer at cybersecurity firm Code42 Software Inc. And we’re not talking about just one patch, but potentially dozens or hundreds.

Of equal concern are devices that have been used by employees during remote working. Because of the extended time away from the office, users may have gotten negligent about installing patches, leaving machines vulnerable when they reconnect to the corporate network, says Ms. Hanson, a former security chief at Target Corp.

“We push a lot of the patching stuff down to our end users,” says Ms. Hanson. “But if they have not connected to the network in a long period of time, we just don’t know what’s left unpatched out there.”

When it comes to employees’ work-from-home devices, it’s not just a lack of patches that’s a problem. It’s the fact that many employees have gotten lax about security practices while stuck at home for so long.

Email-security firm Tessian Ltd. published a survey of 2,000 workers in December, for instance, that found over half had connected work devices to public wireless networks, which are often regarded as insecure.

Similarly, a survey of over 3,000 workers published by

in March found that over half of respondents had used work devices for personal business such as online banking and downloading apps, and over a third had connected them to smart home devices such as speakers.

Bringing those machines immediately into a company network, where they might spread infections and give hackers a beachhead, could be dangerous. Instead, the safest thing may be to have personal devices log into a “quarantine network,” says Mr. McElroy of VMware.

Under this model, he says, user devices would connect to a network that is separated from corporate systems until security staff can ensure the devices are free of malware and appropriately patched.

Security staff must also be vigilant for deeper threats that may be waiting in employee devices—such as malware that can stay asleep for some time before it awakes and allows for further infection.

Will quarantining work on a continuing basis? Quarantine networks may be difficult to manage if workers are in and out of an office frequently and have to continually quarantine devices, rather than doing so once during a full office return, Ms. Hanson of Code42 says.

“If somebody is doing 100% overnight, that might make sense” to go with a quarantine, she says.

To some security chiefs, though, the hybrid model has so many risks that we need to rethink the way we approach network safety entirely. Imagine if we had hybrid work from the very beginning. Would we really be treating cybersecurity the same way we do now? 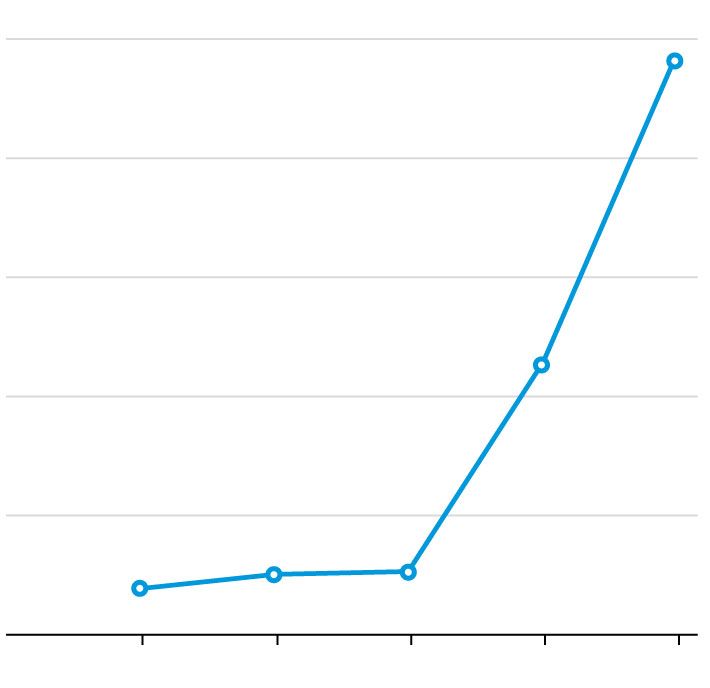 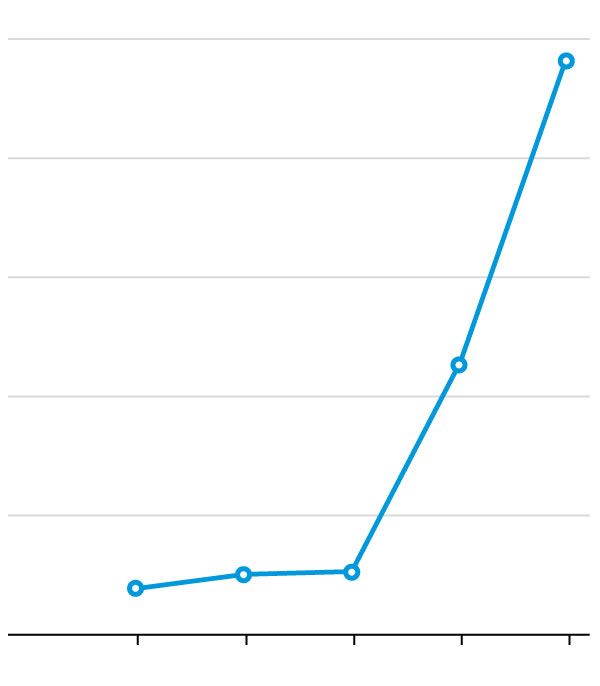 Not likely, the security chiefs say. The usual ways of training employees to guard against hackers often don’t work, they say, so we should take that responsibility out of workers’ hands—and create defenses that work behind the scenes as much as possible.

So, what’s the alternative? One possibility is a concept called zero trust.

To understand zero trust, consider the traditional type of network security. Usually, it focuses on building a perimeter around the company network to keep intruders out—think of firewalls.

The problem is that hybrid work makes it very easy for intruders to breach those outer defenses, because employees working at home aren’t as vigilant as they should be. And because traditional security is focused on keeping hackers out, it’s tough to stop them once they get in—so the bad guys can run wild.

Systems that are more vigilant use multifactor authentication: Users might have to confirm their identity rigorously when they sign in to the network, such as entering a password along with something else, like responding to a message on their phone.

Zero trust takes that a step further. Even after users pass the authentications, security checks constantly exchange information in the background to verify whether users can access certain systems or files, rather than assuming that because they passed through the gateway, they should be allowed free movement.

What cybersecurity risks do you see in a hybrid workplace? Join the conversation below.

By doing it this way, security staff assume hackers are already inside a company’s digital walls, and their job is to make it difficult for them to wreak havoc. And, because these processes are usually automated, zero trust doesn’t have to rely on users to make it all work.

team has built out a zero-trust system to check employees’ identities and devices at every turn, including through multifactor authentication that can include face, eye and fingerprint scans. Once the tools verify Microsoft users, he says, they will push employees directly to cloud-based apps such as the Office365 workplace suite, rather than onto a corporate network.

Security veterans such as

the chief security officer at AT&T, say that improving identity management and other core zero-trust concepts can go a long way toward foiling hackers, who often rely on compromised credentials such as breached usernames and passwords. Around 61% of attacks during 2020 involved this information to some degree, Verizon said in its May report.

“If I had one thing to tell everyone to do, it would be to focus on strong identity proofing, not only of individuals but of [devices], too,” Mr. O’Hern says.

David Uberti and Steven Rosenbush contributed to this article. Mr. Rundle is Wall Street Journal reporter in New York. He can be reached at [email protected].

Denial of responsibility! NewsAzi is an automatic aggregator around the global media. All the content are available free on Internet. We have just arranged it in one platform for educational purpose only. In each content, the hyperlink to the primary source is specified. All trademarks belong to their rightful owners, all materials to their authors. If you are the owner of the content and do not want us to publish your materials on our website, please contact us by email – [email protected]. The content will be deleted within 24 hours.
Loading...
Loading...
Alphabet Cl AAT&TBest NewsBret ArsenaultC&E Executive News FilterC&E Industry News FilterCode42 SoftwareConstruction
0
Share

Don’t Wait for the Government to Fix Healthcare

The unmaking of a Beatle: George Harrison’s widow and…

U.S. dominance in Olympic basketball isn’t a given,…

Aakanksha Singh: Unlike Bollywood, filmmakers in the South…

Qualcomm to name its next flagship chipset as Snapdragon 898

Your Weekly Horoscope for August 1-8