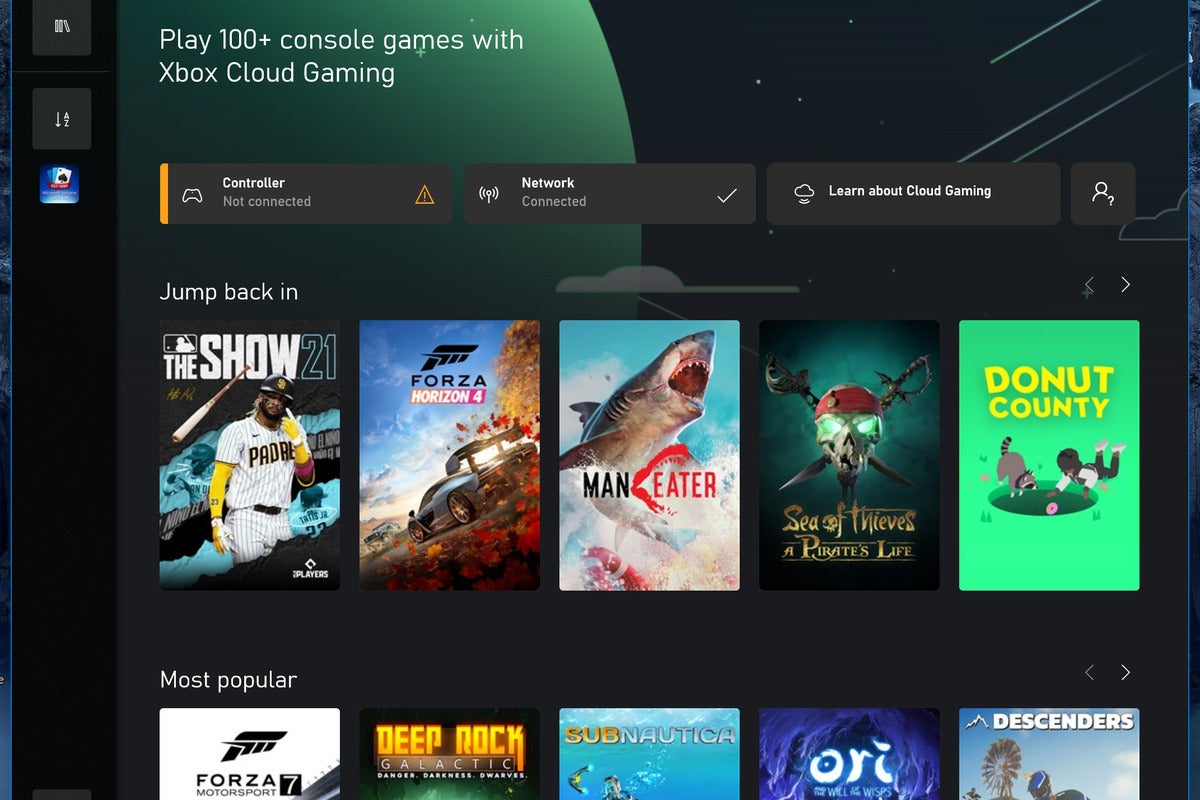 Windows 10 users can now stream games directly to their PC’s Xbox app. Today marks the culmination of Microsoft’s cloud-gaming efforts, as games can now be streamed from the cloud to phones, tablets, Chromebooks, browsers, and (finally) to a PC app. And as a bonus, the Xbox app will let you stream games from your Xbox Series X or Series S as well.

Xbox cloud gaming will begin moving from the Xbox Cloud gaming (beta) app directly to the Xbox app. That app should allow you to two ways to stream games. The first, “true” cloud gaming, will stream games from the Microsoft cloud to your PC, much like Chromebooks or browser-based cloud gaming already does. Cloud gaming essentially taps an Xbox Series S console in Microsoft’s cloud, streaming the game down over tens or hundreds of miles of Internet infrastructure to your PC. That lets you play games your PC hardware might not be able to handle on its own, but it also introduces some latency, or lag, to your inputs.

The Xbox app will also allow for Remote Play, which helps solve that issue. Remote Play connects your PC to your own Xbox console, assuming that you own one and that it’s powered on and connected to the Internet. If that’s the case, your PC will then use your Xbox as a rendering engine, streaming the game to your PC via your Xbox. There are two advantages here: first, Xbox Series X and Series S consoles are now supported, allowing your PC to stream games from Microsoft’s latest hardware. Second, Remote Play also assumes that your Xbox is physically closer to your PC than Microsoft’s server, allowing for a smoother, less laggy experience.

It’s worth noting that while Microsoft only announced the new cloud gaming capabilities for Windows 10, remote gaming also appeared in the Xbox app on a test build of Windows 11. Remote Play is a free capability that will be part of the Xbox app, provided that you own a PC and an Xbox console. Cloud gaming, however, is reserved for Xbox Game Pass Ultimate subscribers, a paid subscription. (Here’s an easy way to get Xbox Game Pass Ultimate for cheap.)

How well does cloud gaming work on a PC? We haven’t tried out the new capabilities in the Xbox app, but we ran extensive cloud-gaming tests on our Chromebook late last year. Lag will make a difference in extremely timing-dependent games like the baseball simulation MLB The Show, but matters far less in games like Sea of Thieves.

We wrote last year that Microsoft’s cloud-gaming ambitions weren’t finished until there was a Windows 10 cloud-gaming app. That day has now arrived.

This story has been updated at 10:31 AM with additional details and context.

Loading...
Note: When you purchase something after clicking links in our articles, we may earn a small commission. Read our affiliate link policy for more details.

Loading...
Denial of responsibility! NewsAzi is an automatic aggregator around the global media. All the content are available free on Internet. We have just arranged it in one platform for educational purpose only. In each content, the hyperlink to the primary source is specified. All trademarks belong to their rightful owners, all materials to their authors. If you are the owner of the content and do not want us to publish your materials on our website, please contact us by email – [email protected]. The content will be deleted within 24 hours.
Loading...
arrivesBest NewsCloudFinallygamingLatest UpdateLive NewsNews
0
Share

Alanis Morissette bashes her HBO documentary ‘Jagged’: ‘This was not the story I agreed to tell’