The Narmada flows in Virginia: Sudha Patil, an Indian winemaker in the US, is celebrating the community and her culture

What does it take to start a vineyard as a retirement plan in your adopted country? A lot of passion and gumption, that’s what. In the years that Sudha Patil has run Narmada Winery, located at the foothills of the Blue Ridge Mountains in northern Virginia, she has learnt winemaking, supervised harvests, and won several awards for wines that distinctly transport you to India — from its names to spicy notes. Now, as the winery stands on the cusp of changing hands, she chooses to dwell on the crests of a story rooted in family, dreams and passion.

A dentist in another life, her story began a couple of decades ago when she and her engineer husband Pandit Patil went on a wine trail on their 29th wedding anniversary. While out to dinner, they noticed a property for sale. A week later, they bought the 51-acre plot to start a vineyard and their retirement got off to as much of a hectic pace as their work lives. The first vines were planted in 2004 and Sudha named the enterprise after Pandit’s mother, who several decades ago had sold her jewellery to fund her son’s travel to the US to pursue higher studies. (Narmada is also the name of the fifth longest river in India.)

When the Patils bought the land, the idea was to grow grapes to supply to other winemakers in the region. But not one to do anything by half measures, Sudha took up viticulture and oenology instead. Narmada Winery, and its range of delicious wines, was born in 2009. Gradually, they expanded the vineyard to cover another 20 acres in the property, to include 10 varietals, and the journey has been storied. Nearly two decades of grit, perseverance and battling infestations has turned the boutique winery into a much awarded one — over 650 medals and counting, including the prestigious Governor’s Cup. “Passion and dreams can take you to interesting places,” she says. Sadly, Pandit passed a few years ago and wasn’t around for some of the more celebrated ones. A selection of wines from Narmada
| Photo Credit:
Special arrangement

The winery, which produces just around 5,000 cases, is like a little bit of India in the middle of Virginia’s countryside. “It is important for me to show my heritage,” she says. Just how much is evident soon after turning off from the highway into the vineyard — the road leading in is named Narmada Lane. As Sudha walks between the rows of vines, proud and casting an affectionate eye, it is clear the whole operation bears evidence of her hands-on approach. On the other side of the lane, opposite the vineyards, is a beautiful white two-storeyed structure with a gable roof. It houses the winery with its shiny steel tanks, oak casks and other paraphernalia of wine-making. The space is redolent with the heady smell of the angel’s share (the wine that evaporates from the casks during the ageing process).

Narmada Winery is a bit of an outlier, in many ways. While California is USA’s largest wine producer, with nearly 4,400 wineries accounting for over 84% of the country’s output, it is also dominated by large producers including box and jug wines. California has plenty of independent and boutique wineries too, including those run by women of Indian origin — including Raghni Naidu of Naidu Wines, Ansiya Fritz of Fritz Underground Winery, Priyanka Dhar of Signorello Estate, Neeta Mittal of LXV Wine, and Janu Golez of Alara Cellars. On the other hand, in Virginia, Patil is not only one of a handful of women among the state’s 300 wine producers, she is also one of two Asian Americans and the only one of Indian origin. 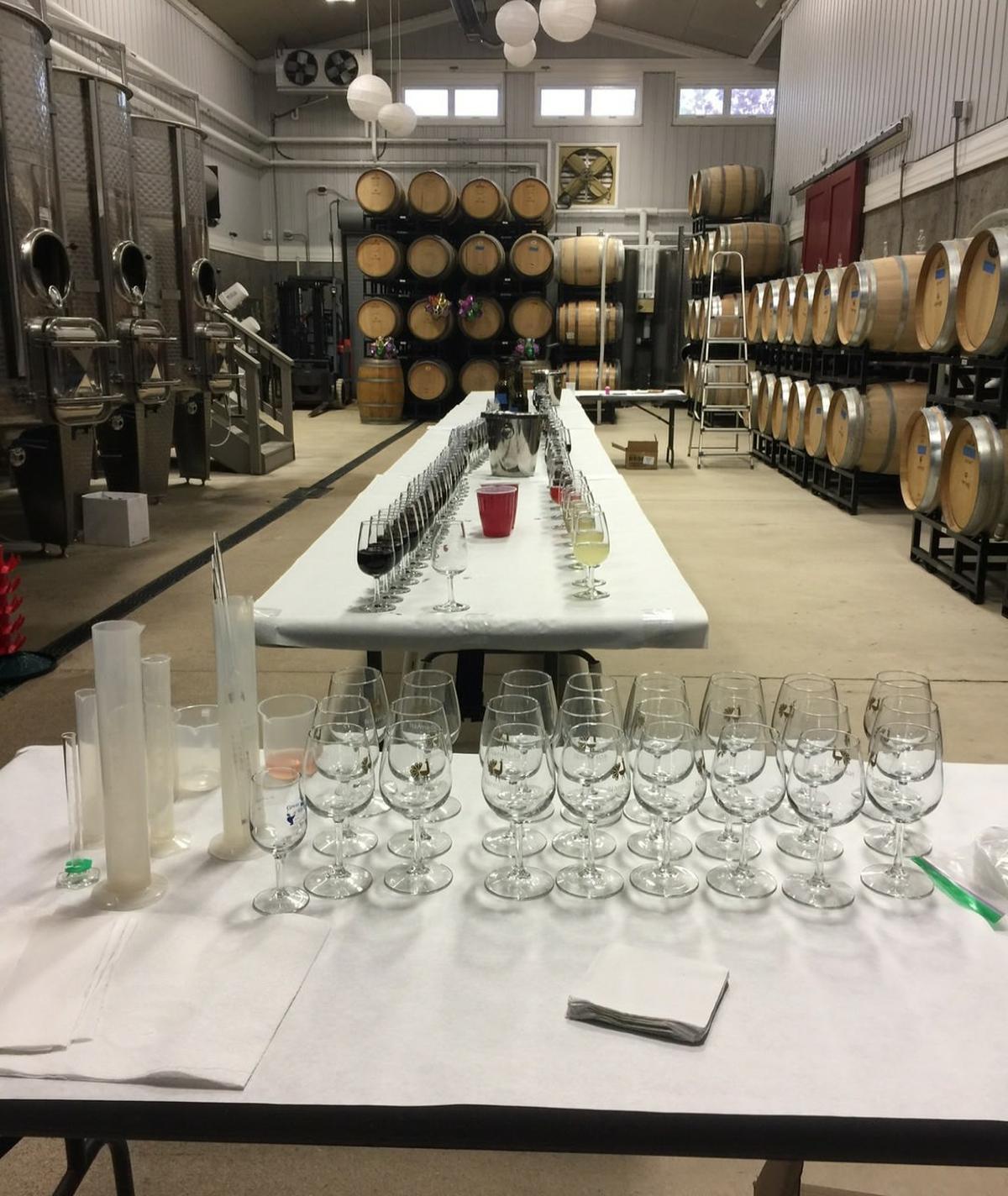 Call of the homeland

The India connect is strongest on the first floor, in the winery’s tasting room and restaurant that overlooks the vineyards. The brand’s logo is a stylised peacock, and little knick-knacks — from idols of Ganesha and Lakshmi to Rajasthani dolls and framed photographs of scenes from along the Narmada river — are strewn everywhere.

Even the brightly-coloured labels on the wine bottles hark back to a culture on the other side of the globe. There’s a rosé called Gulabi, a Bordeaux named Yash-Vir (named after her grandchildren) and a crisp white simply called MOM. Almost all of them have suggested pairings of Indian food, which continues into the restaurant with offerings such as samosas, channa, palak, butter chicken, kulcha and rice. That the winery is very close to Sudha’s heart is a no-brainer. Though she is ready to finally retire (in the real sense of the word this time, as she is around 70), and sell it for an estimated asking price of $6 million, one of the conditions of the sale is that everything remains the same, including the name.

Meanwhile, Narmada continues to be allied with the local community. During the pandemic, it survived owing to its popular wine club scheme. Its die-hard patrons have arrived like clockwork once a week for lunch since mid 2020. “We want to be a place that makes the best Virginia wines, but also with a strong connection with the community,” Sudha concludes.

The writer is a Bengaluru-based journalist and travel writer.

For all the latest Life Style News Click Here

Denial of responsibility! NewsAzi is an automatic aggregator around the global media. All the content are available free on Internet. We have just arranged it in one platform for educational purpose only. In each content, the hyperlink to the primary source is specified. All trademarks belong to their rightful owners, all materials to their authors. If you are the owner of the content and do not want us to publish your materials on our website, please contact us by email – [email protected]. The content will be deleted within 24 hours.
Best NewsCelebratingcommunitycultureflowsIndianIndian winemakerIndian winemaker in the US
Share

EPA seeks to mandate more use of ethanol and other biofuels

Ghost of Tsushima Director Chad Stahelski Gives a Not So…

Why Bother Bringing Back the Dodo?

Upcoming Indie Games We Can’t Wait To Play In 2023…