Tata Motors has announced it will unveil its all-new mini-SUV, the Tata Punch, on 4 October, 2021. Post the unveil, Tata is expected to open bookings for its smallest SUV yet, with the launch set to take place closer to Diwali. Showcased at the 2020 Auto Expo as the close-to-production H2X Concept, the Punch is the second Tata model after the Altroz to be based on the company’s new-age ALFA architecture. The Punch will be the most affordable SUV from Tata Motors and will slot in below the Nexon in the company’s SUV range.

The Tata Punch carries over the H2X concept’s upright stance, beefy front end and muscular wheel arches – elements that will surely attract the SUV-loving crowd. A few teasers shared online in the last few days also confirm the Punch will retain some of the styling cues seen on the H2X concept, including its funky tail-lights.

The Tata Punch will slot in below the Nexon in Tata’s SUV range. Image: Tata Motors

Just like the outside, the Tata Punch mirrors the H2X concept on the inside, leaving out some of the concept car elements. The dashboard of the Punch has an upright, blocky look, sporting a two-tone grey and ivory theme. Many elements inside the Punch have been carried over from the Altroz, including its part-digital instrument cluster, steering wheel and climate control switches. Also borrowed from the Altroz is the floating 7.0-inch Harman touchscreen infotainment system. 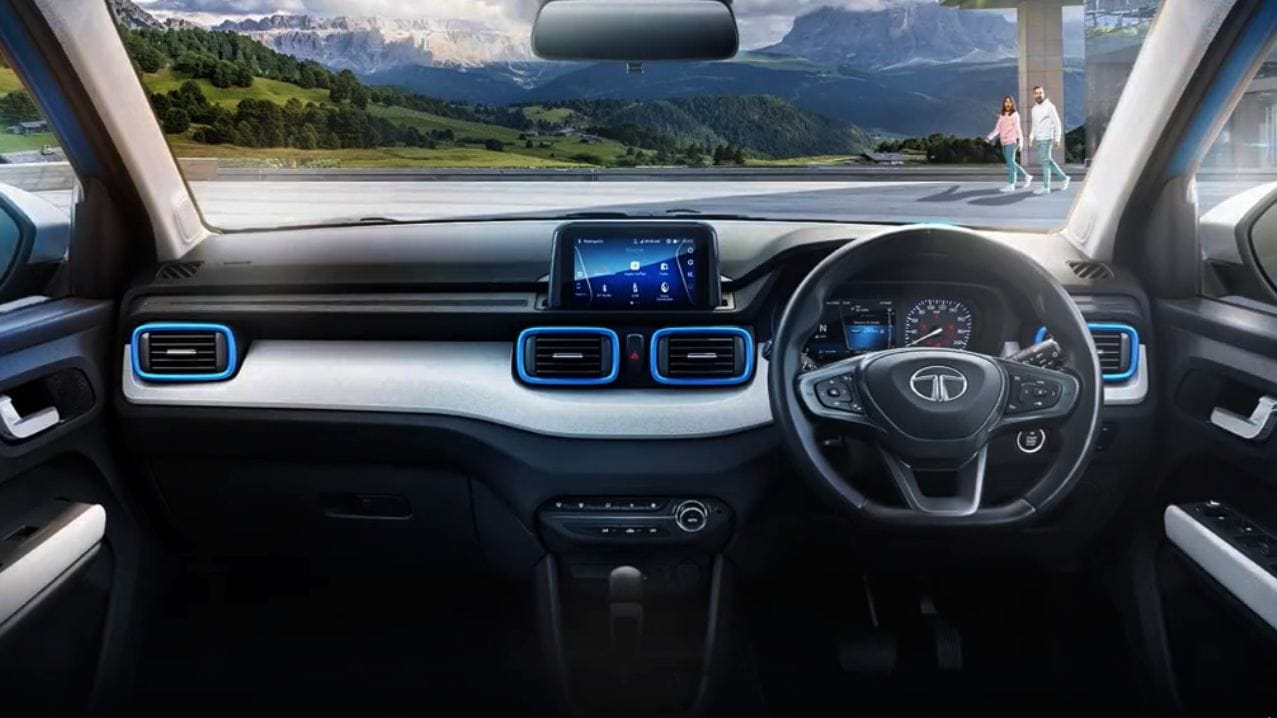 While the Tata Punch is expected to only be offered in petrol form, it’s likely to have both the 1.2-litre naturally-aspirated engine option (as seen in the Tiago, Tigor and Altroz) as well as the turbocharged engine option (as seen in the Altroz). Gearbox options for the Tata HBX will likely include a five-speed manual and an automated manual transmission. There won’t be a diesel option, but Tata is understood to be developing an all-electric version of the Punch for the future.

For now, the Tata Punch is unlikely to have any direct rivals, and the models that come closest to it are the Maruti Suzuki Ignis and the long-forgotten Mahindra KUV100. That said, Hyundai is developing a mini-SUV of its own (codename AX1), which is set to arrive in India next year. Expect Tata Punch prices to be in the range of Rs 5 – 7.5 lakh (ex-showroom).

Denial of responsibility! NewsAzi is an automatic aggregator around the global media. All the content are available free on Internet. We have just arranged it in one platform for educational purpose only. In each content, the hyperlink to the primary source is specified. All trademarks belong to their rightful owners, all materials to their authors. If you are the owner of the content and do not want us to publish your materials on our website, please contact us by email – [email protected]. The content will be deleted within 24 hours.
Best NewscloserDiwaliFirstpostFullLatest UpdatelaunchLive News
Share

Title of ‘Fantastic Beasts 3’ revealed as ‘The Secrets of Dumbledore’, to release on July 2022

Vicky Kaushal Indulged In This Japanese Delicacy; Can You Guess What Is It

Could 5G really ground planes? Why the US has delayed…

Save $50 On These Great EPOS Headsets

Crypto.com CEO responds to complaints of login issues after…

Shehnaaz Gill asks fans ‘How’s the day’ as she poses…

chrome: This Chrome feature will make it easier for you to…