Tata Motors will have “10 new electric vehicles (EVs)” by 2025, confirmed chairman N Chandrasekaran in his address to shareholders in the company’s 76th Integrated Annual Report. Highlighting Tata Motors’ pivot towards sustainable mobility, Chandrasekaran pointed out that since the launch of the Tata Nexon EV at the start of 2020, the company has sold over 4,000 units of the electric compact SUV and will continue to make progress in that direction with the introduction of new Tata EVs. To supplement these efforts, Tata will also take the lead and invest in furthering its EV charging network across India.

“By 2025, Tata Motors will have 10 new BEVs, and as a group, we will invest proactively to set up charging infrastructure across the country”, said Chandrasekaran in his address.

The Tata Altroz EV is set to be one of the 10 EVs Tata Motors has lined up for launch over the next four years. Image: Tata Motors

Thanks to the Nexon EV, Tata Motors commands the lion’s share in the electric passenger vehicle segment in India currently, with the e-SUV accounting for 71.4 percent of all passenger EV sales in the country. More significantly, the contribution of EVs to Tata Motors’ business has doubled to two percent, noted Chandrasekaran. Over 4,000 units of the Tata Nexon EV have been sold since its launch in January 2020. Image: Tata Motors

And it’s not just production of the EVs themselves – the Tata Group is also stepping up its efforts to set up its own battery manufacturing plant and make headway on the autonomous driving technology and connected car fronts. For the latter, Tata is evaluating creating a separate vertical within the group.

“The Tata Group is actively exploring partnerships in cell and battery manufacturing in India and Europe to secure our supplies of batteries. We are also evaluating an automotive software and engineering vertical within the group that will help us lead in a new world of connected and autonomous vehicles”, added Chandrasekaran.

Stating that Tata Motors “will lead” the shift to electric vehicles in India, Chandrasekaran said, “We are clear that this shift to sustainable mobility is an idea whose time has come, and the Tata Group will move forward with speed and scale to seize this and proactively drive the change in consumer behaviour in India and beyond.” 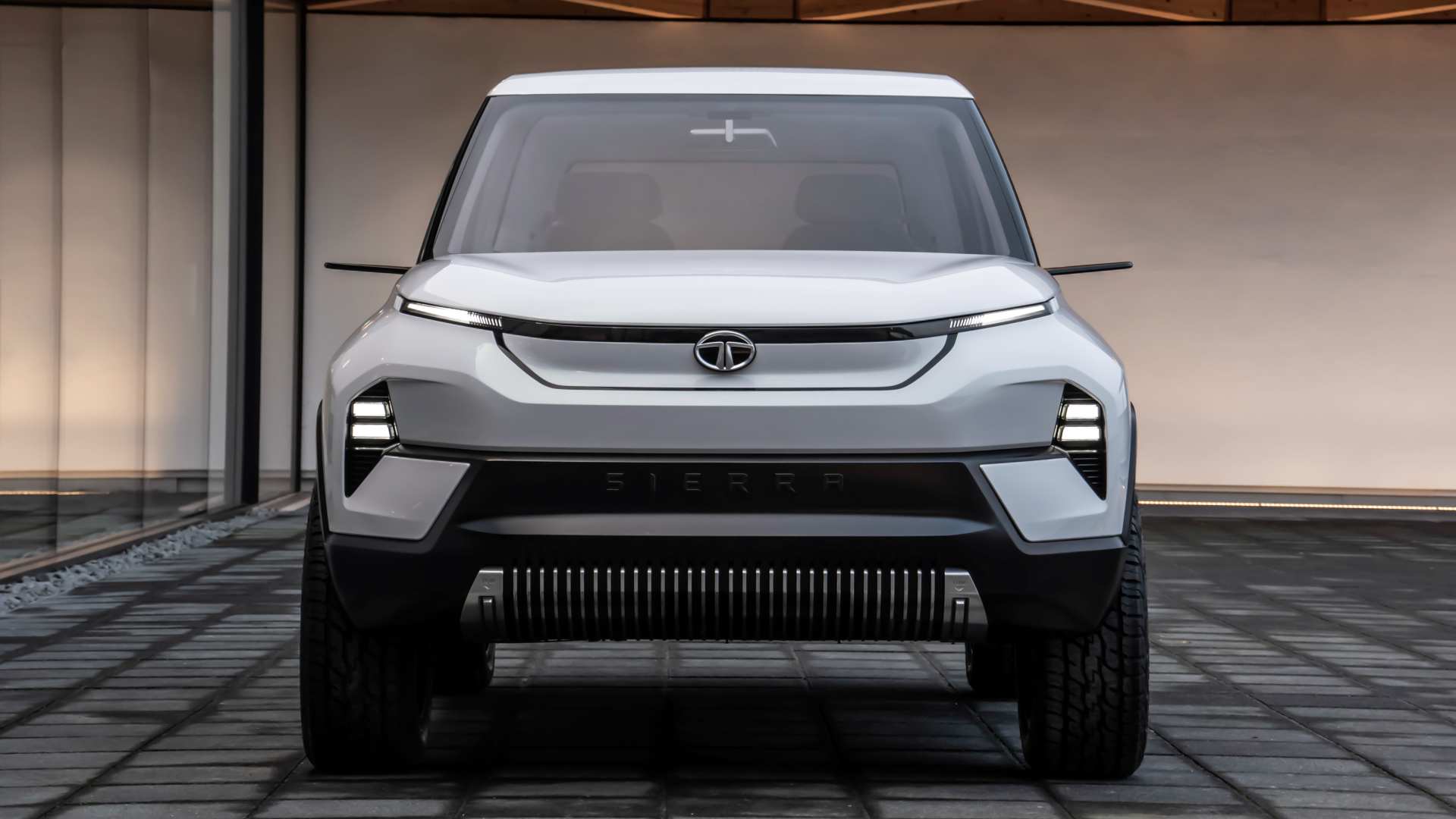 The reborn Tata Sierra concept is one of the all-new, all-electric models Tata Motors has showcased in the past. Image: Tata Motors

It’s worth noting at this point that apart from the Nexon EV, Tata Motors also has the Tigor EV in its lineup, which is due for a major update in the coming months. Additionally, Tata has previously showcased the Tata Altroz EV – the all-electric version of the Altroz premium hatchback – at the 2019 Geneva motor show, which is also set to be introduced in the time to come. Before 2025, Tata will also replace the Nexon EV with the second-gen iteration of the compact SUV.

All of Tata’s new-age models based on the company’s ALFA and OMEGA architectures are ready for electrification, and Tata has, in the past, showcased possibilities with new models in the form of the E-Vision sedan concept and the Tata Sierra EV concept; both of which could well be among the 10 battery EVs the company has lined up for the next four years.

In the report, Tata Motors also confirmed it is developing powertrains for several alternative fuels such as ethanol E10/E20, bio-diesel blends, LNG, H-CNG as well as battery EVs and fuel cell EVs. Components for fuel-cell technology are ‘under development’ at Tata Motors, and prototypes of fuel cell buses, too, are undergoing evaluation.

Denial of responsibility! NewsAzi is an automatic aggregator around the global media. All the content are available free on Internet. We have just arranged it in one platform for educational purpose only. In each content, the hyperlink to the primary source is specified. All trademarks belong to their rightful owners, all materials to their authors. If you are the owner of the content and do not want us to publish your materials on our website, please contact us by email – [email protected]. The content will be deleted within 24 hours.
batteryBest NewsChandrasekaranelectricFirstpostLatest UpdateLive NewsMotors
Share

Hong Kong to kill 2,000 animals after hamsters get COVID-19

Xbox Game Pass Leak Reveals Which Games Might Be Coming Next

Third wave of COVID-19 pandemic may peak in next three…

Employee Training And Development Categories You Should…

Actor Sanjay Mishra, whose movie Turtle is based on water…

The Secret to Easy Homemade Pizza