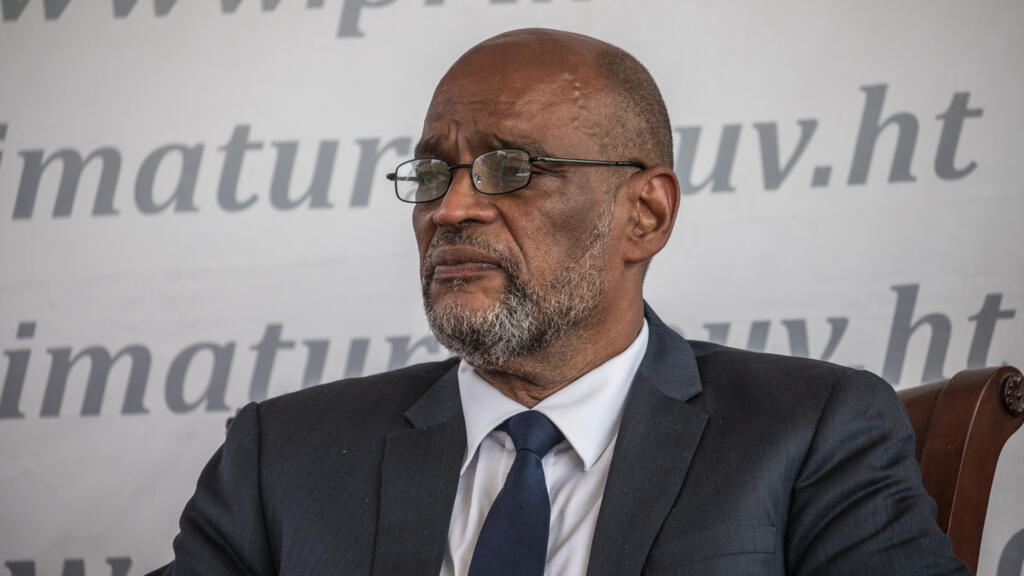 Haiti’s top prosecutor said Tuesday he was seeking charges against Prime Minister Ariel Henry over the assassination in July of President Jovenel Moise.

The Port-au-Prince government commissioner, the equivalent of a federal prosecutor, asked the judge investigating the killing to charge Henry with involvement in the case due to alleged phone calls Henry made with one of the main suspects.

“There are sufficient compromising elements that form (my) conviction on the appropriateness of prosecuting Mr. Henry and requesting his outright indictment,” wrote Bed-Fort Claude, the commissioner, in an official letter addressed to a Port-au-Prince court.

In a second letter, sent to the director of migration administration, Claude requested Henry be banned from leaving the island nation “for serious presumptions of assassination of the President of the Republic.”

Moise, a politically and publicly controversial figure, was killed overnight from July 6 to 7 when an armed group burst into his private residence in the Haitian capital.

Henry had already been asked to appear for questioning in the case, about alleged conversations he had just a few hours after Moise’s murder with a former government official wanted in connection with the killing.

Claude on Friday had asked Henry to appear on Tuesday to answer questions about the calls.

Police are still actively searching for the former official, Joseph Felix Badio, who worked in the justice ministry’s anti-corruption unit.

Badio’s phone was allegedly tracked to the area near Moise’s residence when Badio called Henry twice in the early hours of July 7, after the president was assassinated.

In his letter to the judge, Claude said the calls lasted a total of seven minutes. He also noted a government official tweeted last month Henry claimed he never spoke with Badio.

Henry on Saturday slammed the earlier request, saying: “These diversionary tactics, designed to create confusion and prevent justice from calmly running its course, will not stand.”

“Those who are truly guilty, the masterminds of the odious assassination of president Jovenel Moise and those who ordered it, will be found, brought to justice and punished for their actions.”

A prime minister legally cannot be questioned unless the president authorizes it, but in the wake of Moise’s slaying, Haiti does not have a president.

So far, 44 people — including 18 Colombians and two Americans of Haitian descent — have been arrested in connection with the inquiry into the assassination of Moise. None of the president’s security guards were injured in the attack.

Henry was named by Moise as prime minister days before the president’s death and was sworn in on July 20, pledging to improve the country’s dire security and to organize long-delayed elections.

Denial of responsibility! NewsAzi is an automatic aggregator around the global media. All the content are available free on Internet. We have just arranged it in one platform for educational purpose only. In each content, the hyperlink to the primary source is specified. All trademarks belong to their rightful owners, all materials to their authors. If you are the owner of the content and do not want us to publish your materials on our website, please contact us by email – [email protected]. The content will be deleted within 24 hours.
Loading...
AmericasBest NewschargesHaitiHealthHealth AziHealth NewsHenry
0
Share